The 28 Pages and Other False Leads

The “60 Minutes” (CBS News) piece on the top-secret 28 pages about alleged Saudi involvement with two of the alleged hijackers opens the discussion about the false leads of 9/11. The following discussion is between me and Ken Jenkins, a founding member of the Northern California 9/11 Truth Alliance and others in that group, about the 28 pages and other false leads.

A red herring is something that misleads or distracts from a relevant or important issue – like Israeli involvement in 9/11.

I began by responding to an email from Jenkins about the 28 pages:

Dear Ken, Carol, and others:
In my opinion this [60 Minutes piece] is yet another Zionist ruse to lead the public into thinking that Saudi Arabia was behind the 9/11 atrocity and to play this up as much as possible during the presidential campaign. It is just another layer of deception being played by the Zionists seeking to deflect blame away from the Israelis and Zionists who, the evidence clearly shows, carried out the 9/11 atrocity and engineered the cover-up for the past 14 years.– Christopher Bollyn, “60 Minutes & The Secret 28 Pages of 9/11,” April 11, 2016 http://www.bollyn.com/60-minutes-the-top-secret-28-pages-of-911/

Hi Christopher,
Well if it is a Zionist ruse, it’s a pretty lame one, because it will serve to open of the can of worms that shows that others were involved in 9/11 beyond the few currently accused.  Any doubt about the official story is doubt that will lead to other doubts about other actors.

I responded in an effort to try to clarify three points that I think are clearly false leads, but which Jenkins, a founder of the Northern California 9/11 Truth Alliance, seems to support:
Dear Ken, Carol, and others,
No, the “28 pages” report is not a lame ruse at all; it is actually working very well. It seems to have tricked even you!
If I may, I would like to point out several of the false leads that your email contains because this correspondence reaches some of the leading people in the Northern California 9/11 Truth Alliance.
By hinting that the 28 pages implicate Saudi Arabia in 9/11 because of Saudi financing for some the “hijackers” is a very effective ruse in that it deflects blame from Israel.  It also supports the official myth, as I wrote in my response:

The CBS News program focused on the 28 pages that seem to show Saudi support for two of the alleged 9/11 hijackers. These pages have been classified for 13 years, so why is it that only now they are an issue for “60 Minutes” – after 13 years?Secondly, the two alleged hijackers, Niwaf al Hazmi and Khalid al Midhar were supposedly on American Airlines Flight 77, which supposedly hit the Pentagon – but there is absolutely no evidence that a large Boeing hit the Pentagon, so the discussion of the 28 pages only serves to support the official myth, which has already been proven false.
Source: http://www.bollyn.com/60-minutes-the-top-secret-28-pages-of-911/ 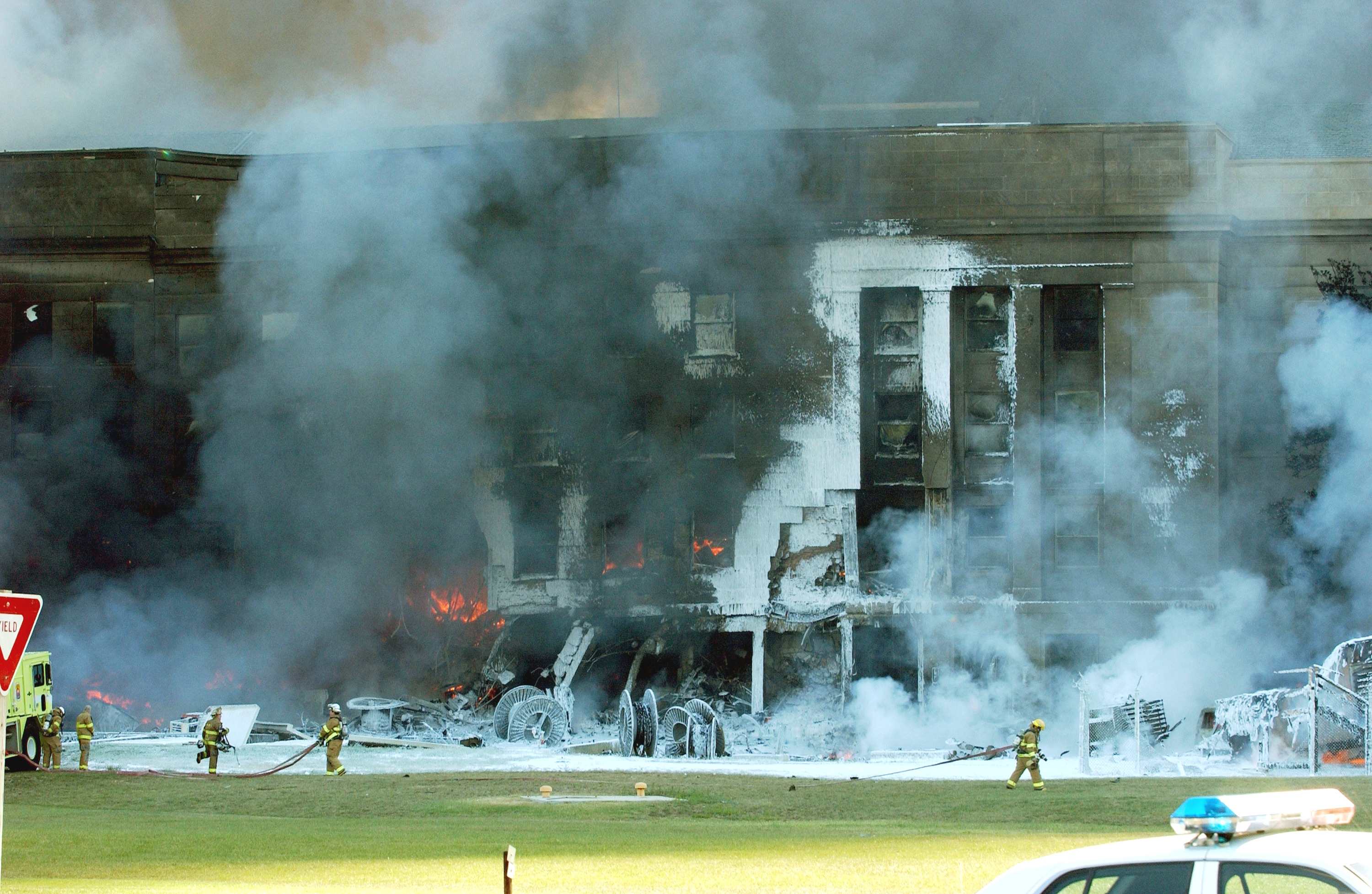 WHAT PLANE? When I spoke in Oakland last year, Ken Jenkins requested that I not discuss the Pentagon because he said he was working on a film project with Jim Hoffman that would prove that a large passenger airliner had hit the Pentagon.

Ken, I recall that the last time we met you said you were working on a film with Jim Hoffman that would prove that a large airplane hit the Pentagon.  That was the reason you said that I had to remove the material about the Pentagon from my presentation in Oakland.  I thought this was very odd, of course, for the 9/11 “truth group” who was hosting me to be censoring my presentation, but I removed the Pentagon slides in order not to offend you.
By the way, is your film project with Jim Hoffman finished?  Do you still believe that Flight 77 or a similar Boeing airliner hit the Pentagon? I would be interested to see what evidence you have assembled to support the claim that a large Boeing hit the Pentagon.
ANOTHER FALSE LEAD
I would point out another false lead that is attached to your email about the 28 pages:  that Stratesec was a major player in World Trade Center security on 9-11.  Ken, this is simply NOT true.  The company that played the key role in security for the WTC was Kroll, a company very closely tied to the Mossadniks and Israeli military brass who pulled off 9-11.
Although these diagrams are not perfect, and were not made by me, they are based on my work in Solving 9-11 (Chapter VII) and do show some of the key links between Kroll and the Israeli criminals behind 9-11:
http://www.bollyn.com/public/WTC_Security_Diagram.pdf
http://www.bollyn.com/public/Challenge_Fund_diagram.pdf
As Wikipedia says about Kroll, Inc.:

WTC and Sears Tower securityKroll were responsible for revamping security at the World Trade Center after the 1993 World Trade Center bombing… Just prior to the September 11 attacks, Kroll Inc., with the guidance of Jerome Hauer, at the time the Managing director of their Crisis and Consulting Management Group, hired former FBI special investigator John P. O’Neill, who specialized in the Al-Qaeda network held responsible for the 1993 bombing, to head the security at the WTC complex. O’Neill died in the attacks.

And as Wikipedia says about Stratesec:

Kroll Inc. – Securacom sold security-related equipment to the New York Port Authority for the security of the World Trade Center. Securacom’s contract for the sale of equipment was terminated in 1998. (The company changed its name to “Stratesec” in 1998.)
In reality, Kroll was the company that played the key role in WTC security (since 1993), along with the Port Authority police.  The claim that Stratesec was somehow involved in security at the WTC in the run-up to 9-11 is simply FALSE. Securacom/Stratesec was “excused from the project” in 1998.
As the Washington Spectator reported in February 2005:

TIES TO THE TWIN TOWERS—Securacom, beginning with its previous incarnation, Stratesec, unlike many other security firms, did not separate security consulting from providing security services. As a single-source provider of end-to-end security services, it offered everything from a diagnosis of existing systems, to hiring subcontractors, and to installing video and electronic equipment. It also offered armored vehicles and security guards.The company emphasized continuing relationships with a few big long-term clients, including the World Trade Center, home to the Twin Towers. According to SEC filings, the World Trade Center and the Metropolitan Washington Airports Authority, were two of the company’s three biggest clients in 1996 and 1997.After the first attack on the World Trade Center, in 1993, the Port Authority of New York and New Jersey began a multimillion-dollar, multiyear revamping of security in and around the Twin Towers. As Burns and Roe Securacom, the company had previously done security studies on the World Trade Center. Securacom was hired along with many other contractors for the upgrade and was praised in security industry publications, although the board membership of former President Bush’s son Marvin went unnoticed.NO COMMENT—Marvin Bush had joined Securacom’s board of directors in 1993, part of a new management team hired when Securacom separated from Burns and Roe, and he remained on the board through 1999.The White House has not responded to repeated questions and requests for comment about Marvin Bush’s relationship with Securacom. (Wirt Walker and other former management figures were interviewed by phone.)Securacom got the $8.3 million World Trade Center security contract in October 1996 and received about $9.2 million from the WTC job from 1996 (a quarter of its revenues that year) to 1998. But in 1998, the company was “excused from the project” because it could not fulfill the work, according to former manager Al Weinstein, and the electronic security work at the WTC was taken over by EJ Electric, a larger contractor.
Source:  Family Business at the Watergate – Washington Spectator

I hope this helps clarify a few points that we really do need to be correct about.
With all the best wishes,
Christopher Bollyn