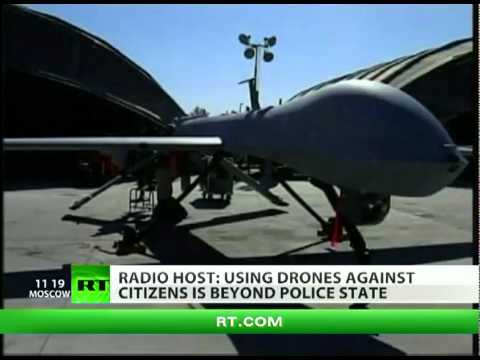 U.S. spy drones have been used to fight the war on terror worldwide, but now reports have surfaced suggesting they’re being used against American citizens too. A family in North Dakota was arrested with the help of a drone. U.S. radio host Alex Jones says the government is becoming the enemy of the people.[jwplayer mediaid=”4970″]