Damn, when I see stuff like this, it really makes me want to hand over my guns.

Imagine a world where leftists got to live out their fantasies, unfettered.” 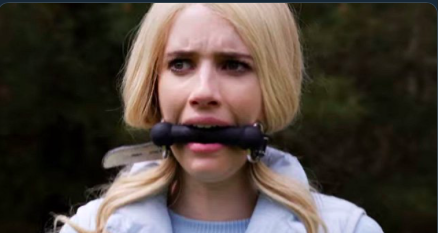 Damn, when I see stuff like this, it really makes me want to hand over my guns.

Imagine a world where leftists got to live out their fantasies, unfettered.https://t.co/XppYFQBBOK

‘Sick’ Doesn’t Even Begin To Cover The Synopsis Of The Latest Universal Film ‘The Hunt.’

A new Hollywood film is sparking outrage with a plot that “satirizes” the hunting of so-called “deplorables”—middle Americans who have supported President Donald Trump—for sport.

Universal Pictures is planning to release “The Hunt” in late September. And, while the studio claims the film is “satire,” its official synopsis gives an entirely different description:

“In the shadow of a dark Internet conspiracy theory, a group of elites gathers for the very first time at a remote Manor House to hunt humans for sport. But the elites’ master plan is about to be derailed because one of the hunted, Crystal, knows The Hunters’ game better than they do. She turns the tables on the killers, picking them off, one by one, as she makes her way toward the mysterious woman at the center of it all.”

The Hollywood Reporter exposed the R-rated film and its “red band” trailer by noting in a report earlier this week that ESPN yanked previously approved advertising for the film in the wake of last weekend’s mass murders in El Paso, Texas, and Dayton, Ohio. The studio has since issued the following statement:

“Out of sensitivity to the attention on the country’s recent shooting tragedies, Universal Pictures and the filmmakers of ‘The Hunt’ have temporarily paused its marketing campaign and are reviewing materials as we move forward.”

However, the film’s trailer remains on YouTube, where it has collected nearly 4.7 million views, as does a promotional featurette titled “Private Hunting Experience,” which has more than 183,000 views. And while reports about the film have tried to suggest it’s a low-budget or “indie” project, Universal’s “sneak peek” information tells an entirely different story.

The THR report also notes the film was originally going to be titled “Red State vs. Blue State,” but it was changed to reduce the obvious political undercurrents it would have created. But the film itself still makes it obvious that it’s pitting “Red” versus “Blue.”

In one scene described by THR, one of the “Blue State” characters says:

“At least The Hunt’s coming up. Nothing better than going out to the Manor and slaughtering a dozen deplorables.”

This film definitely has Hollywood star power, too, including:

“The Hunt” is directed by Craig Zobel who wrote and directed the “based on a true story” film “Compliance” in 2012. That film was based upon an incident in which a man called a fast food restaurant, posing as a police officer, and convinces the manager to conduct a series of illegal and intrusive procedures against an employee—but takes the concept to much darker depths.

This new film’s screenplay was written by Nick Cuse and Damon Lidelof, who teamed up to write the script for “The Leftovers” TV series for HBO that explores life in a world in which 2 percent of the population suddenly disappeared. The show was extremely dark, earning a “mature audiences” rating.

Jason Blum serves as producer through his Blumhouse studio, which touts its ability to “make nightmares come true” and was responsible for the disturbing “Paranormal Activity” series of films. This is the same outfit that produced “The Loudest Voice” about the late former FOX News Channel president Roger Ailes for Showtime and the “Into the Dark” horror anthology for the Hulu digital streaming platform.

This latest development follows a report out of Patchogue, N.Y., that a “horror theatre” company hung up fliers around the town calling for “Death Camps for Trump Supporters Now!” The Shock Theater claims the posters were part of a publicity campaign for a show about the consequences of extremism, but not everyone’s buying it.

It also follows MSNBC contributor and former FBI assistant director Frank Figliuzzi’s rant about the president’s order to lower flags to half-staff for the victims of last weekend’s mass murders in El Paso and Dayton. He gave an unhinged explanation for how the order was some kind of secret signal to white supremacists:

“The president said that we will fly our flags at half mast, until August 8th. That’s 8/8. Now, I’m not going to imply that he did this deliberately, but I am using it as an example of the ignorance of the adversary that’s being demonstrated by the White House. The numbers 88 are very significant in neo-Nazi and white supremacy movement. Why? Because the letter ‘H’ is the eighth letter of the alphabet, and to them the numbers 88 together stand for ‘Heil Hitler.’ So we’re going to be raising the flag back up at dusk on 8/8.”

Truly, Trump Derangement Syndrome continues to be a major problem for liberals and members of the mainstream media.