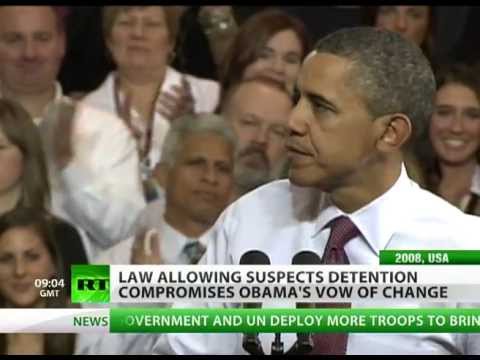 Obama has signed a controversial defense bill that basically allows the indefinite detention of terror suspects. The U.S. president said he had ‘serious reservations’ on some provisions regarding the treatment of detainees. But as Marina Portnaya reports, during his time in office, Obama’s shown he’s not always good to his word. Obama’s Сhange: From kidnapping & torture to assassination [jwplayer mediaid=”6070″]